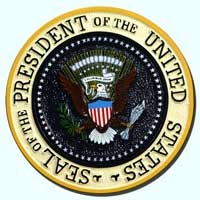 The White House released a statement today saying that it would not support the expansion of the National Flood Insurance Program to cover wind damage. Such a move would likely do no good, the statement explains, because the government’s rates would be comparable to current market prices.

EXECUTIVE OFFICE OF THE PRESIDENT OFFICE OF MANAGEMENT AND BUDGET
WASHINGTON, D.C. 20503

The Administration recognizes that the availability of hazard insurance is a key element in the ability of individuals and communities to recover from disasters. However, the Administration opposes House passage of H.R. 1264, which would expand the Federal Government’s role to provide windstorm insurance that is already readily available in the private sector and through State insurance plans without Federal aid. Although the Administration believes in strengthening the National Flood Insurance Program (NFIP) for the benefit of policyholders and taxpayers, the central rationale for the program – the difficulty of obtaining flood insurance through either the private market or State programs – simply does not apply to windstorm insurance in most markets. Moreover, because the legislation appropriately requires that a Federal wind insurance program be actuarially sound, the insurance offered through a Federal program may not be any less expensive, and could be more expensive, than what is currently offered by private insurers and/or by States. As a result, expanding NFIP to cover windstorm insurance would unnecessarily duplicate available insurance products and could “crowd out” such products where they are offered, while offering little to no savings to the American public. At a time when the NFIP is already facing serious challenges, the Administration cannot support such an expansion.

You can download a PDF of the statement here.