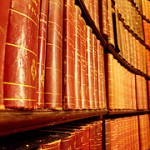 The latest newsletter from the Institute for Business and Home Safety reports on some of the more forward-thinking innovations in the recently passed amendments North Carolina Beach Plan, including some interesting building code and insurance revisions:

Legislation that amends North Carolina’s state-funded coastal insurance plan, known as the Beach Plan, was recently signed by Gov. Beverly Perdue on Aug. 26 after the state’s House of Representatives approved the amendments made by the Senate earlier this month.

In the fall of 2008, Wanda Edwards, IBHS director of code development testified before the North Carolina Joint Select Committee regarding the potential impact a major hurricane could have on the state’s insurance industry. Her remarks focused on retrofitting homes, the status of the building codes in North Carolina and how they compare to other coastal states and the IBHS Fortified…for safer living® program. Remington Brown, IBHS Fortified group manager joined Ms. Edwards in presenting information to the governing board of the North Carolina Beach Plan and later met with stakeholders in the coastal construction debate, including builders, real estate agents, appraisers and product managers during the same visit.

The Beach Plan amendments establish credits for mitigation and disaster-resistant construction techniques for the first time in North Carolina. The credits extend to Beach Plan policyholders and those with private market coverage in the state’s 18 coastal county regions.

Other changes to the Beach Plan include: the establishment of higher insurance deductibles; placement of a $1 billion cap on insurers’ post-storm assessments; and the retention of insurers and Beach Plan surpluses at the end of the year by not distributing to member insurers but rather allowing leftover funds to help pay for losses and purchase reinsurance.

The new law places a surcharge, not to exceed 10 percent, on the annual premiums paid on homeowners insurance to cover storm damage that exceeds the capacity of the Beach Plan. The state set up the Beach Plan to provide coverage for the state’s homeowners who could not obtain coverage elsewhere. The surcharge would be limited to $65 a year for the average homeowner, based on the typical premiums on insurance policies in the state.

Officials are optimistic that this reform bill will provide stability to the North Carolina property insurance market by limiting coverage to homes valued at $750,000 or less, down from $1.5 million. It also limits contents coverage.