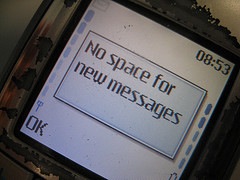 Emergency Management has published an interesting story on using so-called “Messaging Systems” as a means of quickly reaching residents during emergency events. These messaging systems can contact people through various means including phone or email depending on how they’re set up.

While these are generally proprietary systems and aren’t free, the community profiled in this article reports that the PR payback has been huge. The city administrator reported:

You can read the whole article over on Emergency Management’s website.