Incredible Photos: One Year After Ike 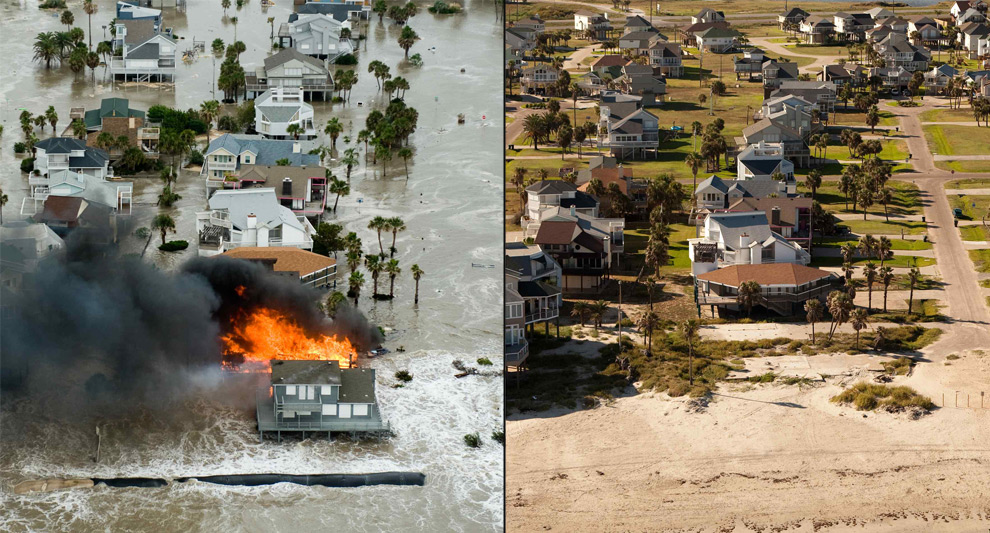 If you have a moment, take a look at this amazing series of photos published in the Boston Globe. The images are split into pairs, with one taken during or immediately after Ike, the other a year later, with the second being revealed after clicking on the first. Hopeful and sobering at the same time.

One Year After Ike (The Boston Globe).