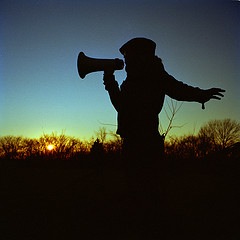 Louisiana State University has released a great brochure on best practices for communicating about hurricane risks. It’s short, simple, and it makes sense. Here’s the meat of it, broken down by audience:

You can download the brochure or learn more about this Mississippi-Alabama Sea Grant Consortium-funded project on the LSU Hurricanes, Institutional Procedures and Information Processing website.